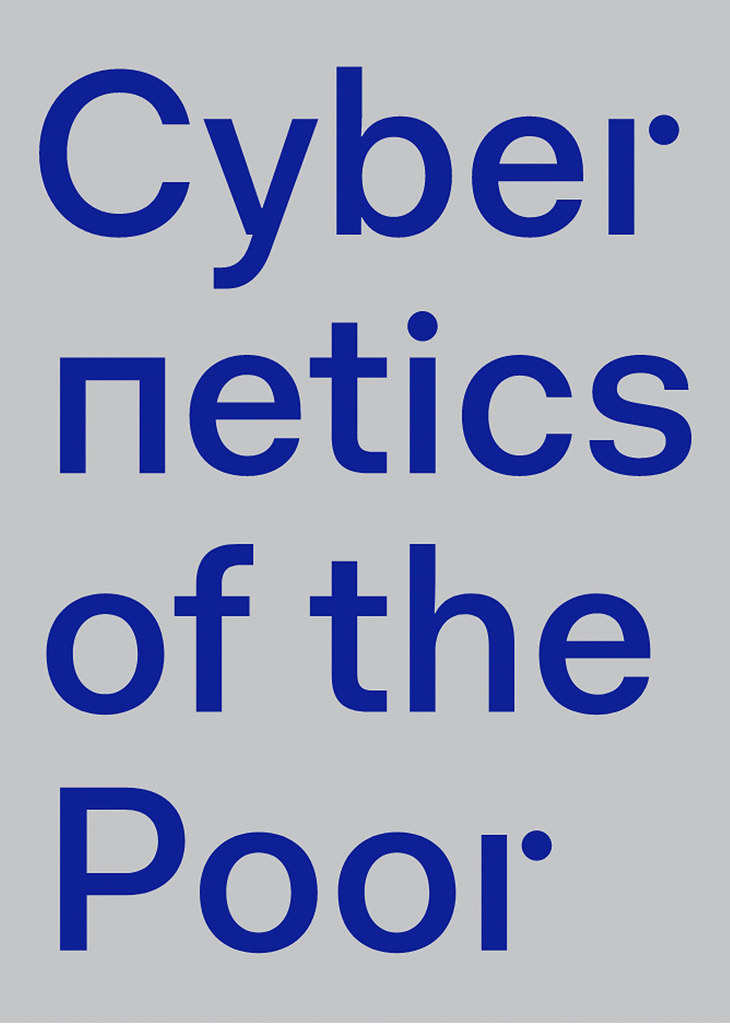 Cybernetics of the poor

Cybernetics of the Poor

The idea that animates the presentation builds on the assumption that the contemporary face of political economics may aptly be described as a total cybernetics. Originally a technology of control and soon also a model of governance, cybernetics recast planning and anticipation by operating with the calculability of reactions to measures, especially in governmental and para-governmental action. Cybernetic techniques now shape both the economy and the meta-economy of the financial markets.

The title of this exhibition alludes to a bon mot from Oswald Wiener, who characterized the culture of pop music as a dandyism of the poor; Wiener was in turn referring to Hugo Ball’s Flametti, or The Dandyism of the Poor, a novel about the proto-Dadaist milieu of circus artistes and cabaret performers in pre-World War I Zurich.

In the twentieth century, art was widely regarded as an undertaking that was antithetical to governmental and capital strategies. But, the curators argue, art today must be understood to be a cybernetics of the poor: a mode of action that undercuts, parodies, or inverts contemporary techniques of anticipation and planning and the economic management of the precalculated effects – but also accepts such management as an irreversible state of affairs.
The project is based on a series of workshops and presentations held in Vienna and Donostia/San Sebastián in 2019. The program of events continues in 2020 with two exhibitions, first at the Tabakalera International Centre for Contemporary Culture in Donostia /San Sebastián (opening March 6, 2020), then at Kunsthalle Wien.

A core group of four artists (Agency, Jon Mikael Euba, Lili Reynaud-Dewar, Camila Sposati) will develop new works for both exhibitions. The exhibition in Vienna will also highlight socialist cybernetics – in Chile, Eastern Europe, and elsewhere – and the specific Viennese traditions of a cybernetics of the poor.