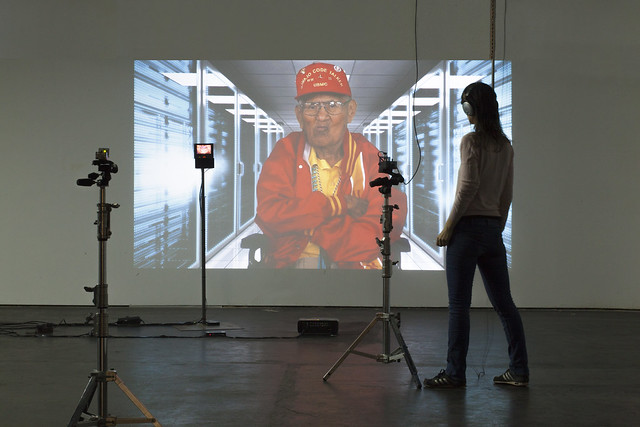 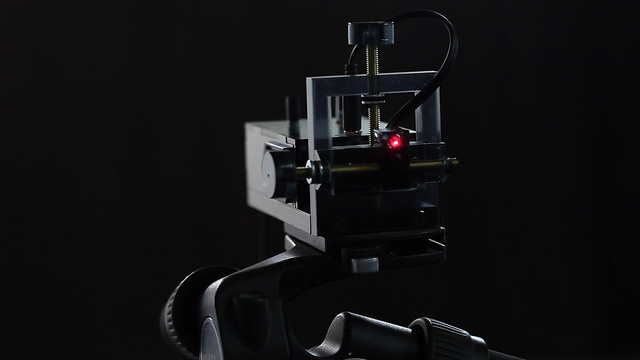 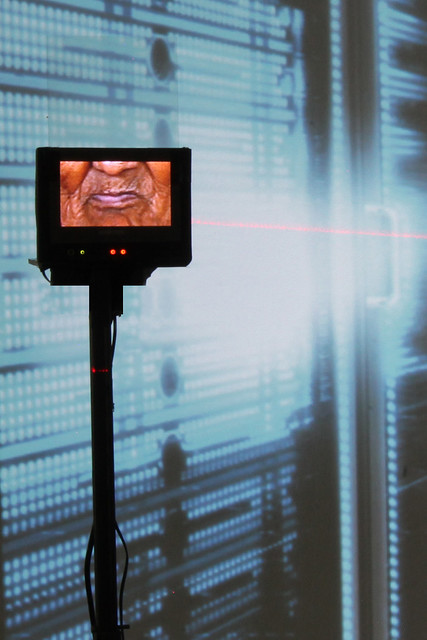 We receive the the message of a Navajo Code Talker via a Lasermicrophone.

Code Talk consists of a video sequence with an audio-track that can be heard over a laserbeam, based on optical sound. The video shows one of the original 29 navajo men who developed this code. Positioning him in front of a large server storage the artist juxtaposes different ways of information storage, as supercomputers and their algorithms with the power to make use of code, whereas in former times it was the human memory where code was received by oral transmission of language and became useful by the capacity of remembering. The 93 year old man recites by heart the sound sequence of the Navajo Code Alphabeth which was commissioned by the U.S. military, to be deployed during World War II. The laser listening device is a striking illustration of the way the intrusive potential and the secret and discomforting universal presence of technological dispositives, used to transmute, archive, and further use any kind of communication. While the original coding is in this case intrinsic to language, the listening device goes straight to the coded information in order to bring it into the present with the sound of the latest technology across the time-leap of the reproduced speech act and its decoding.