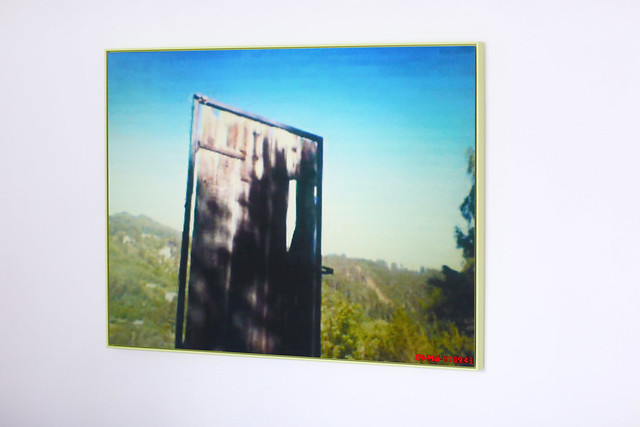 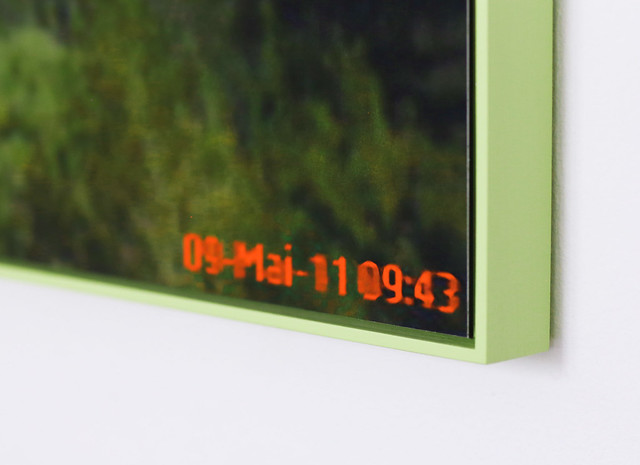 The subject of this photograph is the installation "Door augmented", which was exhibited in Vienna in 2011; the Tyrolean part of the installation was streamed via webcam in Vienna. At that time I didn't have a good camera at my disposal, the documentation in two places at the same time would have made sense, but it was impossible, so I limited myself to a low-tech variant: taking a picture of an HD webcam image on an HD screen, with a mobile phone in front of the Smartphone generation. In 2019 I played with the aesthetics of these pictures, enlarged them and used the blurring to create a picturesque atmosphere with these effects.